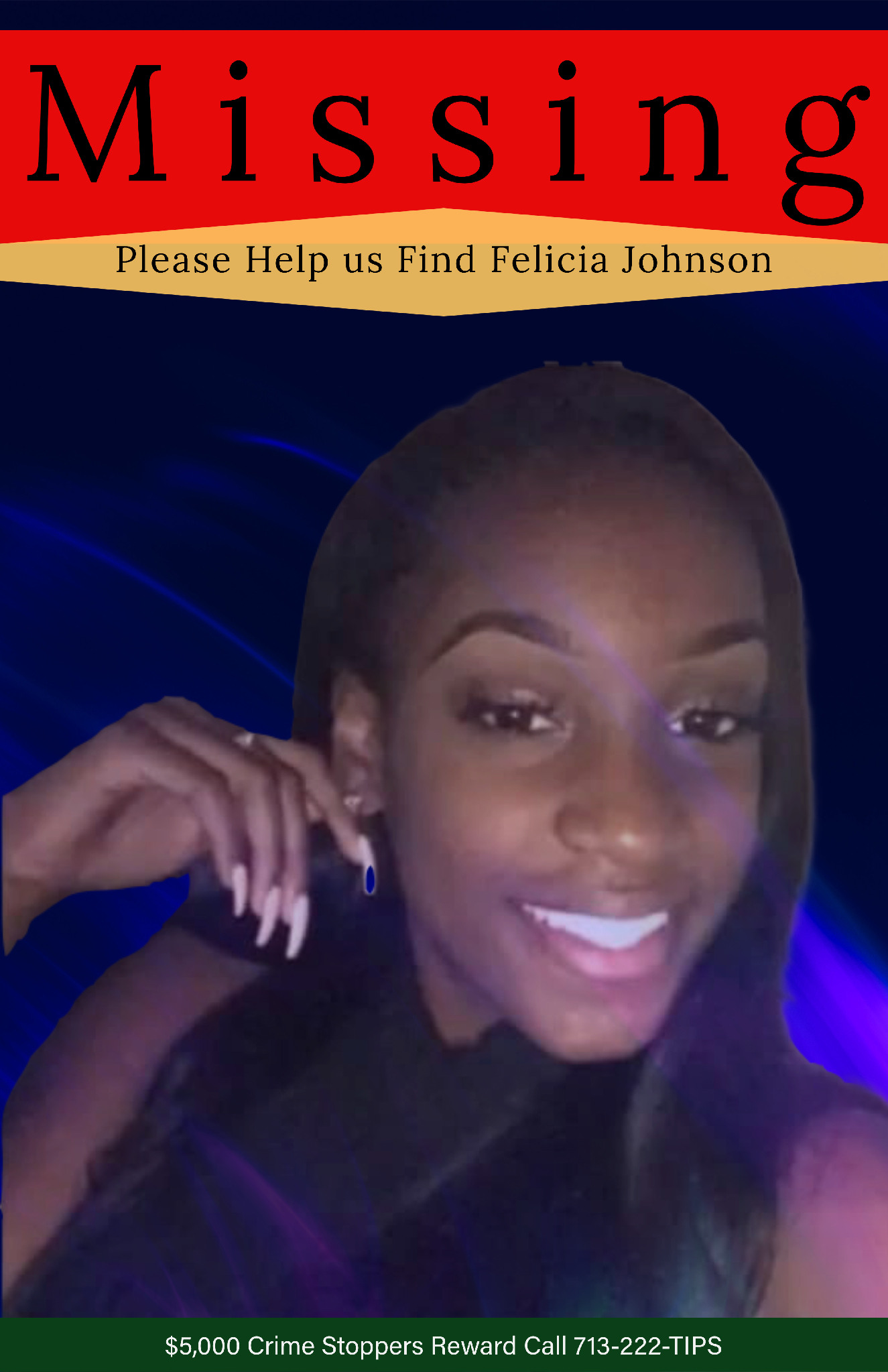 Houston, Texas- Allegedly, Felicia Johnson took a ride from a stranger from Cover Girls Houston more than 2 weeks ago. She has not been seen or heard from since. Her bloody phone was discovered at Bear Creek Park in Houston, Texas on the side of the road.

Felicia’s family thinks she is still alive and has become a sex trafficking victim.

Felicia was in Houston visiting relatives and applied for a job as a dancer at the Cover Girls strip club. Her father Kevin Johnson claims the guy she departed with was a frequent visitor to the club and suspects that the club is concealing something.

Two investigators from the Houston Police Department who are investigating the matter showed up to the vigil and participated in prayer.

Law enforcement and members of the community are collaborating in hopes that Felicia returns home safe to her family.

Felicia’s father flew from California to Houston in hopes of finding his daughter. Johnson and his family plan on staying in Houston until they find her. The family has been burdened with unexpected expenses in California and Texas. They have created a GoFundMe page.

Anyone with information on the disappearance and whereabouts of Felicia Johnson is asked to please call Houston Crime Stoppers at (713)222-8477. All tips can be made anonymously.

Related: Father of the 24-year-old woman that went missing in Houston has a strong message for Cover Girls club owners