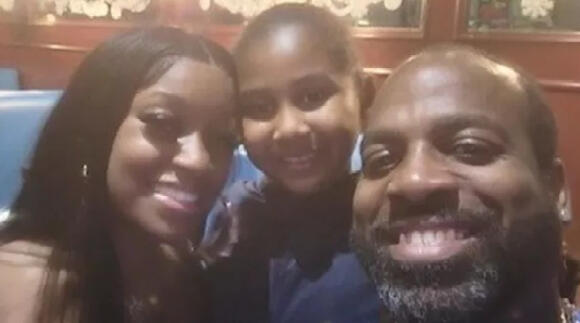 Kevin Johnson, the father of Felicia Johnson, flew from California to Houston in hopes of finding his daughter. Johnson and his family plan on staying in Houston until that happens. They aren’t sure how long it may take but they have been burdened with unexpected expenses in California and Texas.

United States- It’s been 6 days and there is still no sighting of Felicia Johnson. Her father, Kevin Johnson met with a Special Agent from the FBI today. Detectives have recovered video footage from Cover Girls and the Intercontinental Hotel where Felicia was staying. We have to find this girl, said Albert Flores, National Investigator for The New Black Panther Nation.

Felicia Marie Johnson went to Houston, Texas to celebrate her 24th birthday and look for work. On April 15, 2022, she went to the Cover Girls Night Club at 10310 West Little York Road in Houston, TX looking for a job. Her family says that she was denied work and decided to take an Uber back to where she was staying. An unidentified person at the club offered Felicia a ride, and she accepted. Felicia has not been seen or heard from since.

“No cell phone activity, no credit card activity, no social media activity, she has absolutely just vanished off the face of the earth,” stated Quanell X, during Wednesday’s press conference.

“She was a beautiful loving person just like my mom, Rest in Peace,” Mr. Johnson said. “I can’t put it into words. I’m trying to hold myself together and not break down,” he added. “I don’t know where my baby is or what’s been done to her.”

Her cell phone was discarded on the side of the road covered in blood around Bear Creek Park. Texas EquuSearch and detectives from the Houston Police Department spent several hours searching the area where Felicia’s phone was found.

According to Quanell X and Johnson’s family, even after they found the bloody cell phone, the Houston Police Department has continued to drag its feet on the case.

“HPD has to take these cases more seriously. This is the fourth one I’ve dealt with in six months of a missing African American female,” said Quanell. “And in every one of those cases of a missing African American female, HPD has dragged its feet, and they did not do anything until I began to go public. We need that same level of attention and priority as you give the young white females.

Phillip Hunter has organized a GoFundMe on behalf of Felicia Johnson’s father Kevin Johnson. The family is able to receive donations through cash app $MayralDay as well. The family is seeking donations to help with the expenses of being out of work, traveling, and any other out-of-state expenses that they might face while searching for Felicia. At this time, aside from the 2 options listed above, there are no other authorized GoFundMe accounts or people receiving donations for the family.

Our family would greatly appreciate any financial help to aid us in these desperate times, God bless, says Kevin Johnson