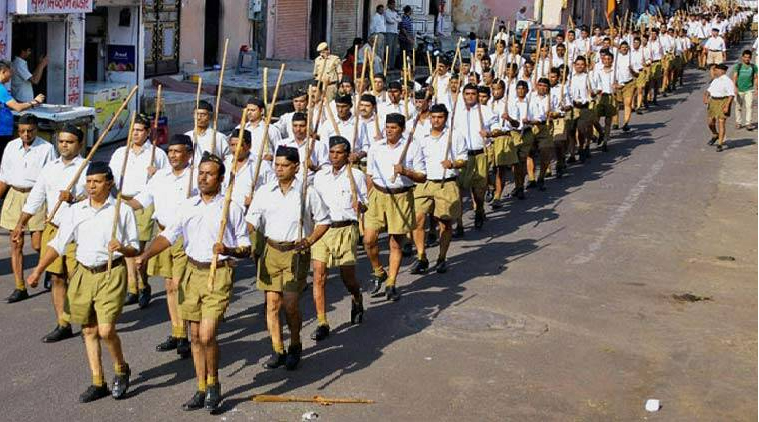 Manteca City Council member Gary Singh took responsibility for the council’s actions and did what was best for the Manteca community as a whole by speaking out against a “Health for Humanity-Yogathon 2022” proclamation that was issued earlier this year to a group affiliated with a Nazi-Inspired extremist group that targets and persecutes minorities in India.

Manteca, California- The decision to rescind the Hindu Swayamsevak Sangh (HSS) proclamation on the night of August 3, 2022 at the Manteca City Council special agenda meeting came as a shock to some. After almost four hours of hearing public comments both in person and via zoom, the City of Manteca made history when they unanimously voted 5 to 0 and became the first city ever to rescind a proclamation that had been issued to the Hindu Swayamsevak Sangh (HSS).

Residents of Manteca have said that the actions of Gary Singh, an Indian himself, and the Manteca City Council are commendable and welcomed globally by those impacted by fascism in India, which has the tacit support of the HSS from America.

Here’s what Singh had to say after the council meeting:

I think I was clear in my comments that evening. We’re not here to create any phobia and we’re not being discriminatory against any religion or ethnicity. Manteca is a very big Melting Pot. We have a good mixture of every crowd including the Indian population. I’ve spoken to other people including Hindus in the community and they don’t support extremist groups.

It’s not the people, it’s the organization that the HSS is affiliated with. We did the right thing to make sure that the whole community is secure. We support all communities regardless of race, religion, and ethnicity.

Most of the people that were opposing the council’s decision to rescind the proclamation were not residents of Manteca, Singh said.

Manteca City Council Member Gary Singh’s advice to other elected officials: Take your time and do the research, you are there to represent everyone. Don’t just blindly believe what an organization says to you. Singh says that the proclamation wasn’t about Yoga and that became evident the night of the special agenda meeting. If they are really only concerned about Yoga, the council is more than willing to proclaim Yoga without the organization’s name on it, he added.

When asked about the allegations against a few activists that supported the rescinding of the proclamation, Singh stated that he did not know the individuals personally and they weren’t seeking proclamations.

America can learn a lot from Manteca City Council and the importance of their decision to rescind the HSS proclamation. Along with its affiliation to the Rashtriya Swayamsevak Sangh (RSS), the HSS was at the forefront to oppose US House of Representative Resolutions such as HR 417, which ensures equal rights for all religious minorities in India.

This is a developing story. Please check back for updates.

Read: Human rights activists and a few dozen Manteca residents protested outside of the city’s council meeting after finding out that the council proclaimed an organization with strong ties to one of India’s largest and most powerful extremist group.