Washington, D.C.- When Donald Trump was in charge, it was rather easy for human rights defenders and free speech promoters to unite in protest against a leader who openly espoused majoritarian narratives and marginalized communities. So what do you do when you know the person who defeated him has silently followed in his footsteps? Should our protests not be as vociferous, our scrutiny as sincere, and our voices as strong?

Of course, we are talking about President Joe Biden. The guy who defeated Donald Trump and has since resorted to taking steps that would make even Trump proud.
Unlike Biden, Trump never attempted to hide his love for right-wing Hindu supremacist groups, including India’s Bharatiya Janata Party (BJP).
Shall we not forget that India’s Prime Minister Narendra Modi and Former President Donald Trump happily campaigned for each other. 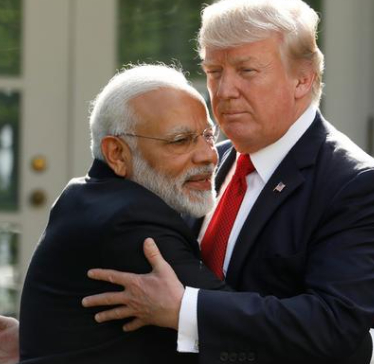 DW
But wasn’t Biden supposed to be different, and more understanding? It doesn’t seem like it.
How else do you explain his appointment of Sonal Shah, a former leader of the U.S. wing of the Vishwa Hindu Parishad (VHP), an Indian outfit categorized as a militant religious organization in 2018 by the Central Intelligence Agency (CIA)?
Sonal Shah is not your typical member of the Biden administration. In less than a month, she made two career-defining jumps this year: in February 2022, Sonal, 53, was sworn in as Chief Commissioner of Biden’s Advisory Commission on Asian Americans, Native Hawaiians, and Pacific Islanders.
Within a month, she was appointed to the Department of Homeland Security as Advisory Council, a body tasked with decision-making across the spectrum of homeland security operations.
What might come as a surprise is that this move came a year after Shah was denied a chance to be included in President Joe Biden’s administration while she was an active part of Biden’s Campaign Team.
So what changed in a year?
The answer lies in understanding how stealthily India’s right-wing groups have made their way to the top echelons of the U.S. government. Although the Hindu right-wing has existed since the 70s in the U.S., it didn’t begin to gain power until the late 90s and early 2000s. Sonal Shah was part of this generation, and this is understandable considering her father Ramesh Shah, is the vice-president of the Overseas Friends of the Bharatiya Janata Party (OFBJP). 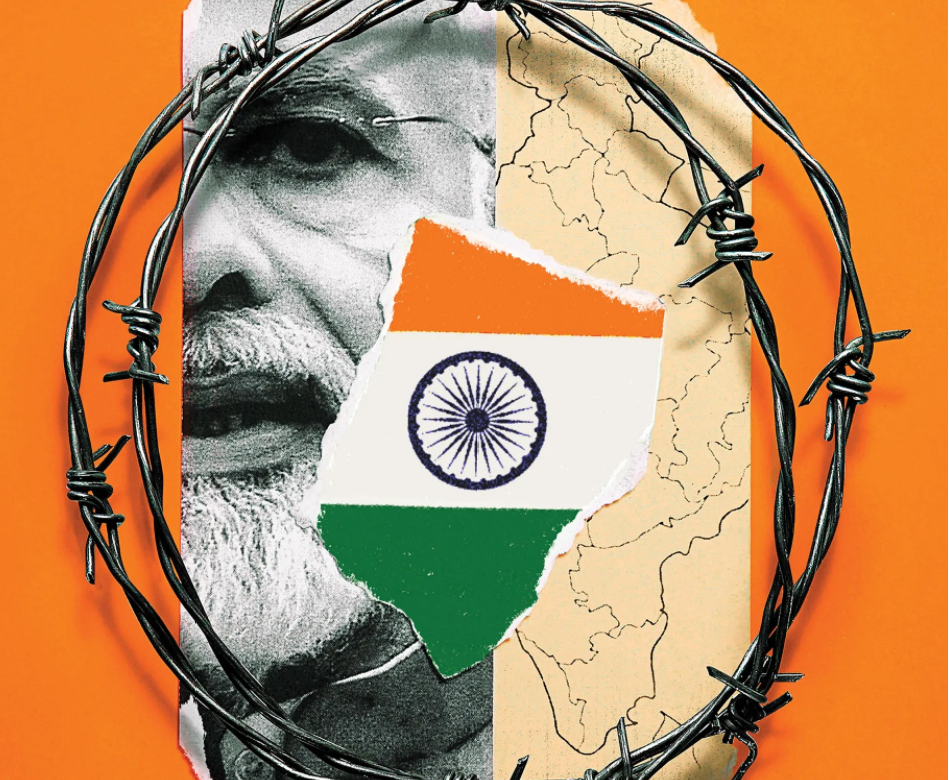 Unknown
The OFBJP is a pioneer of India’s Bharatiya Janata Party (BJP) and its sister organizations, the Rashtriya Swayamsevak Sangh (RSS), a para-military organization, and the Vishwa Hindu Parishad (VHP).
Ramesh Shah campaigned for the architect of the Babri Masjid demolition in India in 1992. After the Babri Masjid demolition, Ramesh Shah became a focal point for providing Hindu right-wing groups with financial and other logistical support. 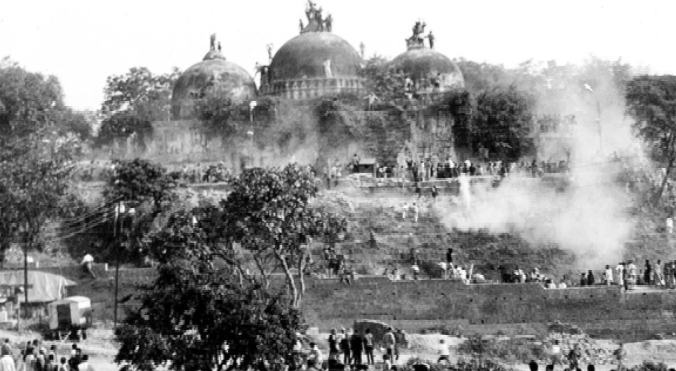 Credit: Indian Express
Of course, looking from the outside, these organizations outwardly appeal to a person’s kindness and pithy through overtly non-profit organizations like Ekal Vidyalayas (schools for marginalized communities), outreach programs for India’s marginalized communities, and one of the newest projects, the Eternal Gandhi Museum Houston.

EGMH
For example, the Vishwa Hindu Parishad America homepage hardly looks like the website of an organization hell-bent on destroying India’s diversity, anti-caste movements, and reducing India’s religious minorities to second-class citizens.
However, last year, this organization invited one of India’s most notorious and dangerous anti-Muslim, anti-Christian Yati Narsinghanand Saraswati, chief priest of the Dasna Devi Temple in Ghaziabad, Uttar Pradesh, and the leader of an organization called Hindu Swabhiman (Hindu Self-Respect).
Saraswati is a guy who openly called for a genocide against Muslims. After considerable anger and online protests, VHP America decided to withdraw its invitation. 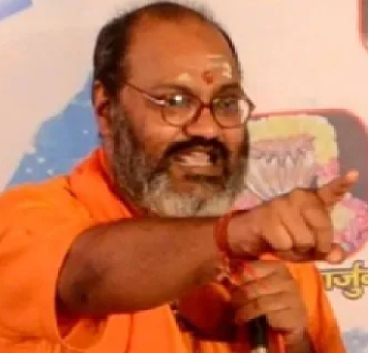 OpIndia
The continued rise of right-wing supremacy groups in the United States is illustrated by the fact that nearly 14 years ago, Sonal Shah’s entry into the Obama administration was seen as an attempt to help whitewash the image of India’s current Prime Minister Narendra Modi. India witnessed one of its worst-ever pogroms against Muslims in 2002 under the authority of Modi. Until his elevation to the post of Prime Minister in 2014, he had been denied a U.S. visa. 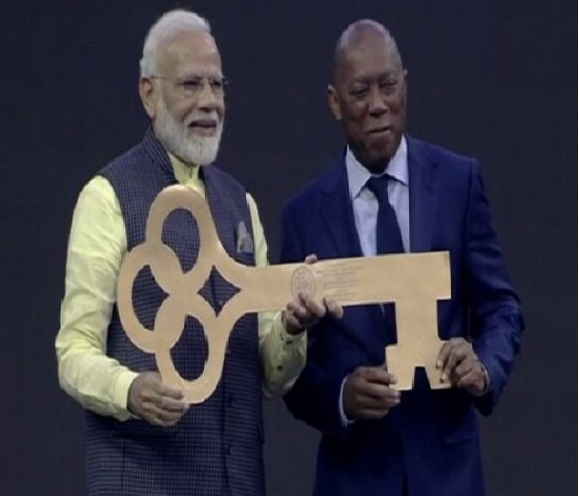 Howdy Modi
A petition on Change.org has almost 18,000 signatures calling for Sonal Shah’s removal from the Department of Homeland Security for her Hindutva links. 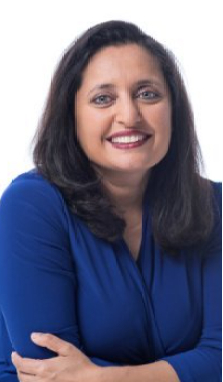 Sonal Shah
It’s possible that she believes the events of 2002 are buried in the past — just as it also appears that her half-hearted disassociation from VHPA was nothing more than a passing, opportunistic reaction necessitated by rising political pressure. 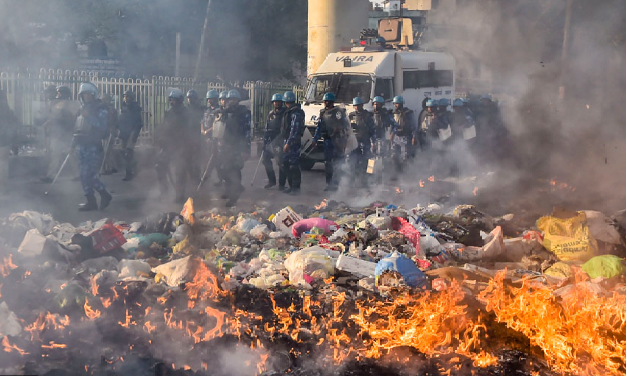 Telegraph India
In 2008, she denounced the Gujarat riots as “heinous events” and expressed her shock that VHPA “could possibly stand by silently,” but in 2021, she waved off concerns about her involvement with VHPA as “dumb,” the petition reads.

NRIPress
Sonal Shah’s elevation to such a high rank in the Biden administration is a dark day for millions of Indians who have steadfastly fought against a fascist regime. Her continuation, however, will only mean that the Biden government is implicit in the marginalization and the ongoing genocide against India’s poorest. If we protested against Trump for his anti-poor, anti-migrant, and Islamophobic ideas, we should do the same against the Biden government.

Agrawal Association of America
Anyone who remains silent against oppression, sides with the oppressor. -Anonymous